Skye is a Sentinel specialising in tracking down her opponents. She uses different nature spirits to help her team. Each of her powers have its own unique uses, which makes Skye a very versatile Agent. Here’s our guide to fully understand how to get the most out of your abilities and how to play Agent Skye in battle.

Skye’s abilities are all very powerful in their own way, but have one weakness in common. The various spirits summoned by Skye can be destroyed with a few shots from opponents. Keep this in mind when using them. Try to surprise your enemies, otherwise your abilities will be simply useless.

Before anything else, we advise you to familiarise yourself with Skye’s abilities.

Regrowth spell heals all allies in a large area around Skye. This ability can be used at will, with no delay or reactivation time. Skye can even move without a movement penalty while using it. However, she cannot hold any weapon while channeling.

Regrowth’s heal gauge contains 100 HP per round. However, the gauge doesn’t depend on the number of allies in the area. If two allies are injured and have only 10 HP left, Skye can restore their missing 90 HP, as long as they’re both within the ability’s area of effect.

Regrowth has two weaknesses however. Skye can’t heal herself with this ability. She can’t heal an ally that has just taken damage in the last two seconds. Therefore, it’s not possible to push as a team while keeping everyone’s HP at 100 in combat.

With the Trailblazer spell, Skye summons a Tasmanian tiger and takes control of it. This tiger moves very quickly and is capable of jumping as high as any Agent. It’s able to attack once, which causes him to leap forward and bite. Bitten opponents lose 30 health and see their movement greatly slowed down for a few seconds. In contrast, the Tiger disappears after attacking, whether it hits an opponent or not.

Trailblazer is a good reconnaissance skill, more manoeuvrable and faster than Sova‘s drone. On the other hand, its very limited field of vision is a real weakness. It’s more efficient at inspecting nooks and crannies and small hallways rather than crossing long ways. The tiger is also very loud when moving, which means opponents will tend to hear it coming before you can even see them.

The great thing about Trailblazer is that your opponents will have to deal with it. It’s to fast for the opponent to run away and does too much damage to ignore. In fact, enemies have a vested interest in eliminating it from a distance. You can then use the sound of gunfire to determine the positions of your opponents. It’s also a good diversion to force them to look away or empty their magazines.

Be very careful when launching Trailblazer. Your real body is vulnerable while you control the tiger. Make sure you are well hidden or have allies watch out for you as you send your animal to scout.

Guiding Light allow Skye to send a hawk into the air. By holding the ability key, Skye can lead the falcon. Use the minimap to see the falcon’s position and pilot it in corridors.

Reuse the ability to detonate the hawk and blind all the players who have it in their line of sight. Be careful, you can very easily blind your allies with this ability. If the hawk has blinded at least one unit, it will give a different cry to signal it to you and your allies.

Unlike the flashes of Phoenix and Breach, Guiding Light doesn’t really depend on the architecture of the map to be used effectively. The ability can even be deployed in the air. On the other hand, it’s much slower and easier to avoid than its counterparts. The falcon cries when launched and when moving. Your opponents will quickly develop the habit of looking away when it arrives. Just like with Trailblazer, try to surprise your opponents by making your falcon arrive from unexpected places.

Guiding Light can be used in many ways. For example, it’s possible to move while piloting the falcon, even if that requires a little practice. It’s also possible to throw the falcon without piloting it, just to feint and land in an area while your opponents are busy with skeet shooting.

Guiding Light has three charges. It’s quite possible to use several falcons, one after the other, to destabilise opponents or blind them repeatedly.

Skye’s ultimate ability is Seekers. For League of Legends players, this ability will be very reminiscent of the Twin Shadows. Skye unleashes three swarms of insects that will automatically move towards the three nearest enemies.

The swarms of insects move slowly but are invisible, until they approach an opponent. At this time, they become visible but accelerate the pace. If they come into contact with enemies, the enemies experience the paranoia effect and are revealed to Skye and her allies.

Seekers’ swarms of insects are easy to counter. Whey they target an opponent, your enemy receives a visual indication to let them know where the threat is coming from. They can then easily destroy them with a few bullets. Just like with Trailblazer, use these shots to spot where your enemies are.

Playing Skye in Attack and in Defense

Unlike other Agents, we combine Attack and Defense in the same section. It must be said that Skye’s abilities are used the same whether you are on one side or the other.

Generally speaking, and like all Sentinels, Skye should be played on the back line. From there, she can freely use her abilities and incapacitate opponents, or heal those who return damaged from a fight.

Like Breach, playing with Skye takes a great team coordination. Her abilities are extremely powerful and useful, but she can’t hunt down all of her enemies and take them down on her own.

Playing Skye also requires an excellent knowledge of maps in order to be able to pilot the falcon “with your eyes closed”. Some notions of mind-game are also useful. Even if Skye remains in the back line, her abilities are best used in the style of duelists seeking to take enemies from the rear.

Omen is the ultimate force in evading detection. he may not be able to avoid Skye’s ult but he does have to option to make a quick getaway using his teleport. It is also possible that he could put Skye in a dangerous position while she’s using her Tasmanian Tiger-like construct. Despite its quick movement, it has fairly limited sight. If the construct is susceptible to Paranoia it might render the construct practically useless.

Since a lot of Skye’s abilities are most effective when she has her teammates close by, Sova is placed in a unique position of opportunity. While Cypher is better at finding the enemy team in general, Sova is capable of finding the enemy team and doing pretty significant damage. So if the opposing team is bunched up to take advantage of Skye, a marking dart mixed with Hunter’s Fury could be a game-ender.

Since Skye’s abilities are so obvious once they go off, an Agent that can get to her location quickly for a takedown will be invaluable and Jett is one of the fastest out there.

Like Viper, Sage is great at setting up choke points. She can’t do damage like Viper does but even with her drastically reduced healing she can still support the rest of her team to set up the enemy team when they come in following Skye’s seekers.

You can walk with the Tiger so that it doesn’t make any noise. But its usage time is limited, so you might not get very far.

Regrowth can be channeled to create a healing zone, even if there are no damaged allies nearby. Regrowth’s gauge only decreases if injured allies are in the area.

Even if Regrowth cannot immediately heal allies damaged by enemies, this constraint is absent from damage inflicted by allies. So Skye can heal her team while she’s going through a Brimstone Ultimate, for example.

Visit and follow the FrenchBalut Twitch stream, and join the Discord of the gaming community in the Philippines.

Are you a streamer and want better visibility?

Join the ranking of active streamers in the Philippines

Thanks to SEO, our site regularly attracts Internet users looking for active streamers in the Philippines, be part of our directory to attract people who do not know you yet. It's FREE!
Register Now. FREE!
Community
Quick links
Join the community

You could really enjoy these posts

Guide 2022: Playing Agent Fade abilities & tips. Introducing Fade, Valorant’s agent 20 Thanks to Riot Games, we had the opportunity to test Fade, the new Initiator of Valorant. It will be released on servers with patch 4.08, and act 3 of episode 4, available from Wednesday April 26th. Fade is a particularly good character […]

END_OF_DOCUMENT_TOKEN_TO_BE_REPLACED

Guide 2022: Playing Agent Reyna abilities & tips. Reyna is one of the Agents to unlock in Valorant. She’s the embodiment of the duelist (like Jett, Neon, Phoenix, Raze and Yoru), able to eliminate anyone in one against one. On the other hand, she’s much less verstaile than the others and brings very little tactical […]

END_OF_DOCUMENT_TOKEN_TO_BE_REPLACED

Guide 2022: Playing Agent Killjoy abilities & tips. Killjoy is a sentinel who excels at deploying traps and gadgets to control access to different areas of the map. When Killjoy decided that no one is allowed in, her opponents must redouble their efforts to prove her wrong. Here’s our guide on how to play Agent […]

END_OF_DOCUMENT_TOKEN_TO_BE_REPLACED

Guide 2022: Playing Agent Skye abilities & tips. Skye is a Sentinel specialising in tracking down her opponents. She uses different nature spirits to help her team. Each of her powers have its own unique uses, which makes Skye a very versatile Agent. Here’s our guide to fully understand how to get the most out […]

END_OF_DOCUMENT_TOKEN_TO_BE_REPLACED

Guide 2022: Playing Agent Yoru abilities & tips. Yoru is a duelist and his vocation is to drive his opponents crazy. His abilities pay as well with reflexes as with the expectations of his opponents. You can’t trust what you see or hear when he’s around. We explain in detail how his abilities work! There are […]

END_OF_DOCUMENT_TOKEN_TO_BE_REPLACED

Fade, the newest agent of Valorant For several weeks, the teasing of the new Agent has been in full swing. Until then his name, like his appearance were unknown. We now know that it is a female Agent named Fade. In mid-March, John Goscicki, Character Producers, revealed important information about the next Valorant Agent: Agent […]

END_OF_DOCUMENT_TOKEN_TO_BE_REPLACED

Guide 2022: Playing Agent Viper abilities & tips. Viper is one of the Agents you have to unlock in Valorant. As a Controller, she claims a combat zone for herself and make it hostile for opponents. Her mechanics are based on the management of a poison reserve that handicaps vision and kills slowly. Rather versatile, […]

END_OF_DOCUMENT_TOKEN_TO_BE_REPLACED 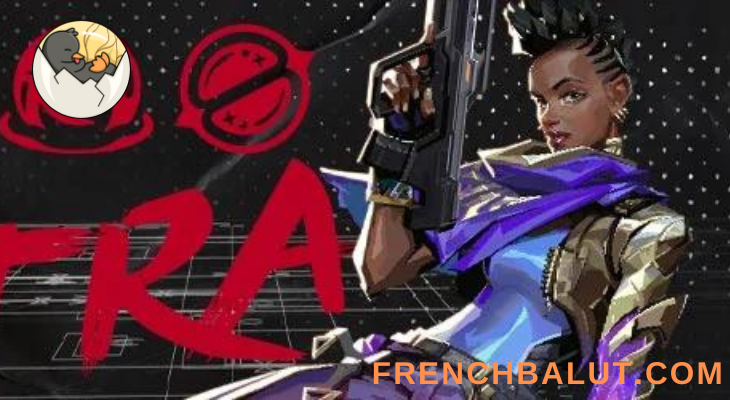 Guide 2022: Playing Agent Astra abilities & tips. Astra is a Controller, with some aspects that are specific to Sentinels. Her particularity comes from the fact that she can trigger her abilities at any point on the map, wherever she is. Of course, there are serious downsides to this. Let’s see in detail how her abilities […]

END_OF_DOCUMENT_TOKEN_TO_BE_REPLACED

Contact us with our contact form, or join the French Balut Discord, to chat with other members of the community.